Two Thursdays ago marked a year since myself and Aladdin had our first ever jump lesson together. It also marked the day we took part in our first British Showjumping Academy! Never did I ever in my wildest dreams imagine we could be achieving dreams and smashing goals together after a year of ups and downs.

I booked us in for this two months ago after my Aunt assured me we were now more than capable. The week I booked it I had blurry eyes and butterflies the entire week.
When the day came I was absolutely horrified at myself for booking us onto the day, surely we weren’t ready. Knowing I was going to be the only one on a cow pony with knee length plaits and a tash (Aladdin that is not me), and I’d be sat there with my giant pom-pom on my head thinking we would perhaps be the only pair with ‘no gear and no idea’. I was not filled with confidence, in fact I think the bit of confidence I did have slipped out my onesie leg as I crawled out of bed. It wasn’t the fear of riding, in fact Aladdins freestyle moves are now more a something to giggle at. It was the fear of being judged.

My Best Friend Laura was coming over for the day to offer me support and to make sure she was the first to laugh at me if anything happened. She turned up at my house as I was stood attached to my Rescue Remedy drip. Before the two hours of riding there was a half hour rider fitness talk and practical, of course Laura got dragged into this with me being such a great friend haha. We basically spent the thirty minutes on our backs looking like drunk turtles stranded on their shells. Our car picnic consisting of chocolate buttons wasn’t the best idea before rolling around on the floor.

The hours flat lesson was with Adam from Jump Elite, we had a nice chat before I started charging around and I confessed to him that I had contemplated faking my own death before today. There were various different poles laid out in the school that would eventually lead up to a ‘course’. Aladdin decided following another horse and staying behind it in trot was a good opportunity for him to pull wheelies and show everyone how great his is at trantering. Once Aladdin decided that listening to me wasn’t really that bad he worked like a saint.

Now onto the jumping.. My nerves came back as I played different scenarios in my head. All I could think of was what would the others think of me, my cow and my riding. The first warm up jump confirmed Aladdin was in one of his charging brakeless bull moods. One of the other riders came up to me and said she thought he was all cute and cobby outside but now she can see all he wants to do is jump and go fast haha.
Aladdin felt superb and despite having a little cough between a couple of jumps he felt keen. After working on small sections of the course we went round the entire thing and Aladdin did a fantastic job and im pretty sure he was impressed with himself. The next round was the same course but up a few holes. Well, my cow pony was quite clearly feeling cock sure as I glued my leg on to the scary castle fillers and he took a massive stride out. It wasn’t this that caused the problem, more the fact we then landed on to of the jump sending Aladdin into a bit of a kerfuffle. He bolted towards the next fence with me koala hugging his neck. On landing my ‘Aladdins’ apple smashed his poll and im not even going to repeat what I shouted I had bashed on the saddle.. Its safe to say I never expected to be taking down a fence with my head. With my hat over my eyes and my legs wrapped round his shoulders I managed to push myself up and recover us from taking down anymore fences. 12 faults was enough, even if 8 of them were taken down by my head! Aladdin unfortunately was feeling shaken and slightly stirred after this so we had to drop some back rails to get him back over and finish on a confident high note.

However on the flip side I am so unbelievably proud of Aladdin and how he held his own with all the established partnerships. He is such a willing and honest boy, love him to pieces. Now who can recommend a good place to get my whiplash sorted out.. 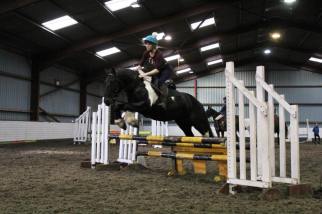 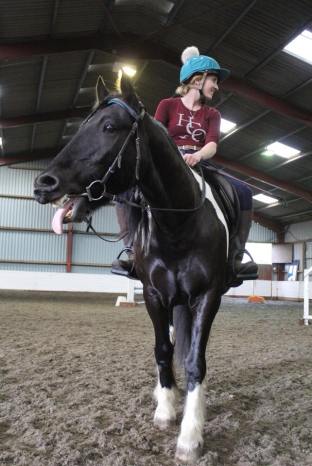 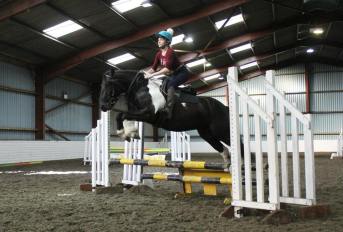 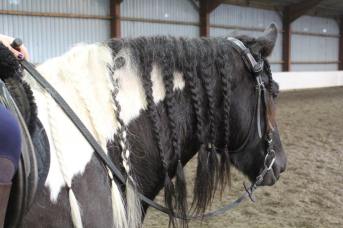