The day I have been waiting for since I photographed the WHA day at Trentvalley a good few years ago!

I am not going to fib I was fairly nervous considering the last time we left home for a show, Aladdin was a rearing broncing nut case and we got reported to the people running the show..

Ryan took me out for tea the night before and we ended up meeting friends for drinks which resulted in a 2am stay out. When we eventually got home my eyelids got the better of me and I just couldn’t sort out my tack etc for the morning. After what felt like no sleep at all my alarm went off and I gathered up my western attire; A new tottie cord shirt, my old faithful Ariats, some HKM western riding trousers and a rather over sized snap on belt fitted with a Rodeo buckle.

Aladdin was like a stroppy teenager in the morning whilst I mucked him out kicking away and stomping impatiently as all his field friends got turned out. Somehow over night he had managed to put stonking great holes in both his haynets too, just when I thought the Elico little piggy net was doing its job.

By the time Laura, Jason and Honey rolled up I think I had managed to consume an entire bottle of Rescue Remedy (Or Ride & Relax as I generally call it). Sir Aladdin loaded on second attempt, think the first attempt slightly confused him as he had forgotten how to function with travel boots on.
Honey and Aladdin settled perfectly on the trailer and travelled like a dream.

When we arrived at the 4 Strides yard it seemed everybody else was fully equipped with western saddles and all the gear whereas all I had done was put my new rope reins on. It was a fabulous surprise to see Mark of Emmelleff Photography covering the event as I used to work with him and it was doing so that I developed a passion for western riding initially. Laura and I groomed our grubby coloureds off and got tacked up. The wind was absolutely horrendous, the type that if it were have been at home you would have used it as an excuse not to ride.
I warned the other ladies in the clinic and Mark the photographer that when I jumped aboard we may pull some fancy moves, however he was completely fine and stood like a saint (a rather jiggly Saint).

To start with I only walked Aladdin round the barrels and trotted in between them whilst letting him get used to the arena and its surroundings. After a few runs (jogs) I asked for canter on the ‘way home’ and rewarded him obviously a little too much as when we went for the next attempt he seemed to catch the gist and was trantering between the barrels… Then at the last barrel he squealed as we turned onto the home straight and set off with a rocket up his ar*se! I couldn’t stop smiling and wanted to happy cry as Aladdin was clearly loving it and I certainly was! From then the day just kept on getting better and Aladdin just kept on getting faster.

We weren’t quite as bendy round the poles as the others for definite. Laura had been practising the poles in her field with Honey and it certainly showed! They were completely ‘on it’! And to top it off they got the fastest time of the day through the poles.

Laura and I were like giddy annoying kids all the way home laughing and no doubt annoying the heck out of her other half who was driving.

Today the butterflies in my stomach turned into fire and my nerves transformed into adrenaline.

Notes;
-Cowboy boots are rather non-grippy in jumping stirrups
-If Aladdin spooks and puts his brakes on before a barrel do not shout ‘I think I just peed a little’
-Wear gloves to avoid rope burn
-If Aladdin squeals I probably should be doing too 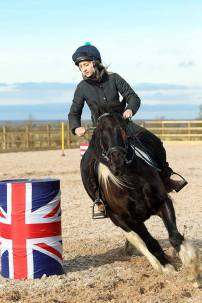 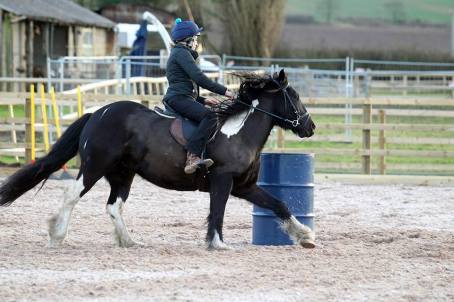 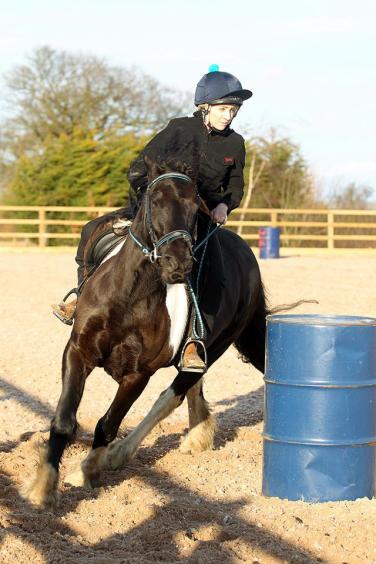 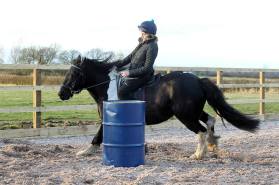 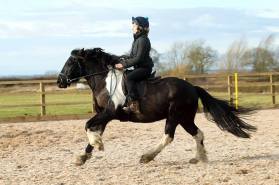 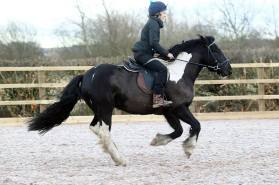 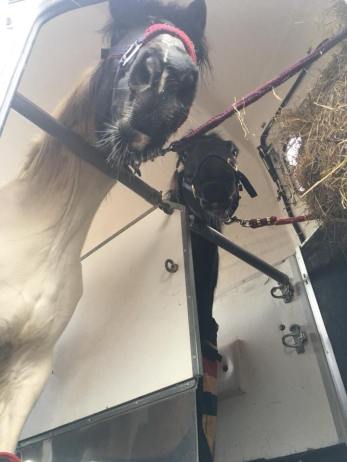 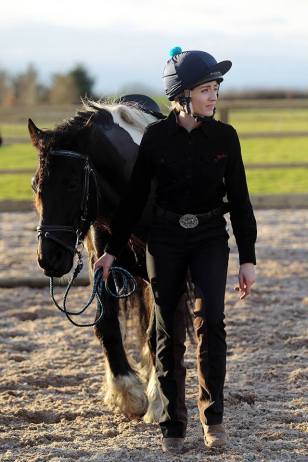